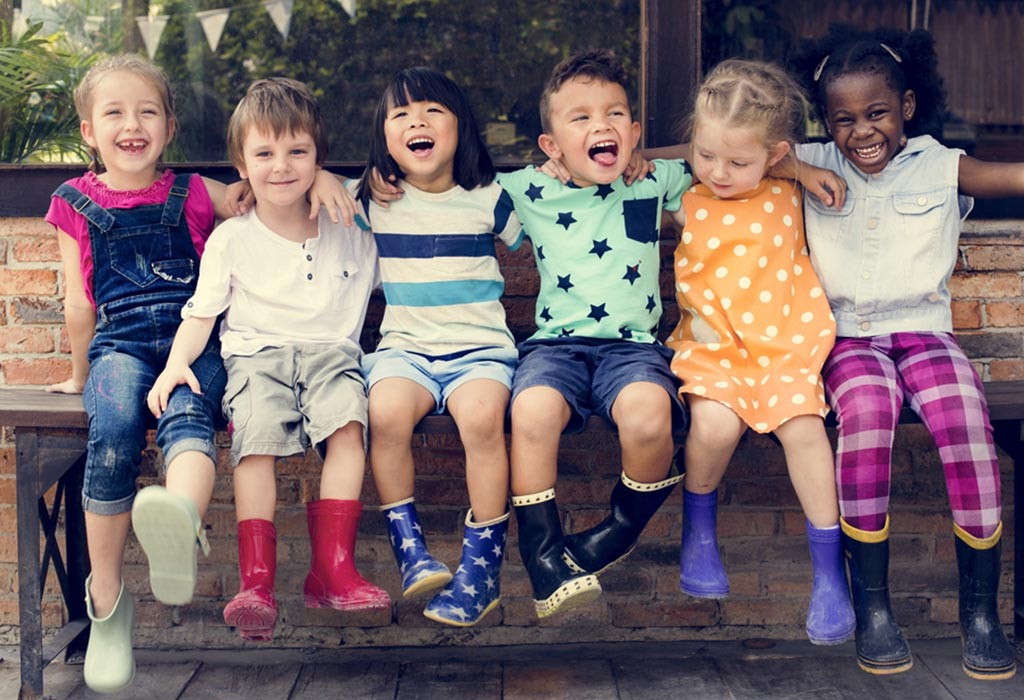 The character and behavior of children who appear since childhood will continue to develop with age. So, if parents want to recognize their child’s character, then observe the behavior and actions that the child produces and does in his daily life. Like academic achievement, character education is equally important. Here are ten essential characters that your little one needs to learn from an early age:

The child’s relentless sense of curiosity is sometimes considered disturbing by some parents. However, it is a trait that must be developed. Researchers and entrepreneurs even claim that curiosity is the root of their success. Curiosity can grow your little one’s willingness to learn. He is also more active in seeking knowledge and this is good for the development of the little one’s brain. Make sure you encourage your little one’s curiosity.

Ability in social interaction is part of the lives of children and adults. Therefore, it is important to study social skills. Children who have social traits, are more inclined to achieve and have better self-character and are also able to overcome conflicts. . However, for some other children, socialization is a skill that is not easy. Playing with their peers is able to create the little one’s social skills. In addition, Mother can also help foster children’s social skills by teaching their little ones to learn facial expressions or learn body gestures.

Life will not be easy to live, even for the little one. Every living human needs the ability to adapt or can be called resilience in order to get through difficult times. When children have resilience, they become more resilient to face any bad situation. However, it is important to teach them about resilience to help them survive in the long term. If your child has a problem with a friend, ask them to solve it together. Do not immediately side with the Little One, but direct him by putting the problem in perspective. From there, your little one will learn that problems can be solved and are not as big as they seem at first.

Little ones must understand the character of integrity before they make mistakes and question this character. Discuss the values ​​and norms applied in the family to the Little One. Give a simple example: for example, when your child sees a friend cheating or stealing, what does your child usually do. Asking questions like that can help prepare your little one when facing similar situations in the real world.

Finding solutions is very important to learn because many are sought after in the world of work so it needs to be developed from an early age. This makes the Little One sometimes lacking or even not having the ability to find solutions. Mothers need to help sharpen them so that your little one can have ideas that are out of the box. One of the activities that your little one and mother can do is to challenge and educate children to make useful new objects from used materials such as cardboard or used bottles.

However, in fact, creativity is not just that because creativity involves imagination and a creative expression, whatever the form. Growing and increasing your child’s creativity has various benefits, including improving children’s cognitive abilities, building communication skills, and developing their emotional growth and development.

Instilling empathy is very good for the environment around your little one, and can also improve and cultivate better emotional intelligence. In the future, this positive trait or character can lead your little one to achieve success. There are several things you can do to grow and improve your little one’s empathetic character. One example is with the mother herself who exemplifies the character of empathy itself and introduces her little one to people who are new and different from her.

Firmness or assertiveness is an attitude that must be instilled in your little one. This character is talking about the nature of courage and self-confidence. Teach your little one to have the courage to express opinions, but also to have respect for the opinions or views of people other than himself.

Experts say having self-confidence speaks of happiness. Therefore, it is very important to improve the ability and character of your little one’s self-confidence. However, according to them, if the mother often praises the little one, it is not an effective way. Allowing your child to fail or not be able to achieve something they want and teaching children to solve their own problems can also build a child’s self-confident character.

There are various kinds of things that can be learned in this life apart from science such as mathematics, literature, or even science. Teach your little one to learn these important life values ​​so that they grow and develop into adults who have extensive knowledge, become successful people, and are always happy.

Homeschooling Tips You Can Use With Your Kids

Do Not Go To College Without This Advice